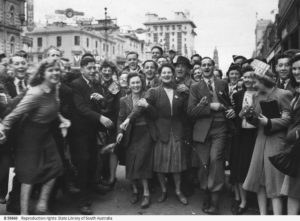 This exhibition featured contemporary and historic art and artefacts that explored the many ways people connect on an individual and collective level to celebrate – through food, sport, laughter, personal achievement, festivals and events, ceremonies, rituals, and more.

Co-curated by Polly Dance and Eleanor Scicchitano this exhibition brought the outside in, through a series of sculptural installations by artists Elizabeth Hetzel and Bernadette Klavins. Through simple acts of collecting, casting, building and digging the artists highlighted natural phenomena. 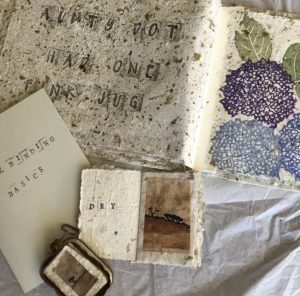 This exhibition was a curatorial commission for the Jean Simms Gallery in Murray Bridge Regional Gallery. 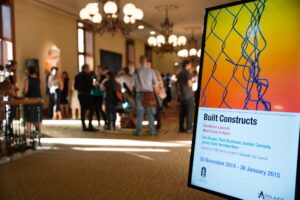 Built Constructs was a visual investigation into how we negotiate the boundaries of our built environment and the social constructs we tackle in everyday life.

PAINTFACE – Constance ARI + other venues – Throughout 2014

PAINTFACE was a yearlong series of curated exhibitions that questioned and expanded the media of paint, painting practices and the painted surface in Constance ARI and other participating venues in Hobart and beyond…

PAINTFACE was a Constance ARI project curated by Polly Dance, funded by the Visual Arts Section of Arts Funding at the Australia Council through the Presentation and Promotion Grant.

Unkept brought together the work of Jessie Lumb and Claire Krouzecky, both early career artists whose practices are led by humble beginnings and chance occurrences; a ‘paying attention’ to what is considered commonplace and a responsiveness to everyday sites and materials.

Unkept brought the outside in and took the inside out. It invited slippage between two points of reference. Works spilt out of the gallery and into its surrounds, breaking down hierarchical divisions and binary. The divide between ‘inside’ the gallery and ‘outside’ the gallery became blurred, fragmented and opposites collided: public and private, inside and outside, full and empty, clean and dirty, light and dark, real and imagined.

Galleries are considered to be artificial, man-made spaces, usually white cubes that are free from dirt, marks and any kind of visual distraction. There is nothing natural about the gallery space; it is a focused space, sometimes intimidating to enter. The ideal white cube attempts to remove from the gallery all signs of time, history and identity. However, this exhibition seeks to grasp at what little signs of the ‘unkept’ might still linger in the space. Drawing out the unseen, covered up and dirty elements of the gallery space, into moments of curiosity and beauty. 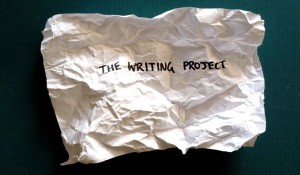 4 teams of 4: artists, writers, designers and curators from around Australia work together to mash up arts writing in 4 new projects. Each project was launched collectively at FELTspace on Wednesday 9 January 2013.

THE WRITING PROJECT was a FELTspace ARI project curated by Polly Dance, administrated by Jemima Kemp and Alex Tuffin, assisted by the Australian Government through the Australia Council, its arts funding and advisory body. 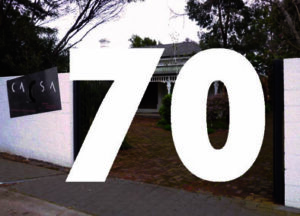 This exhibition presented the archives of the organisation and publishing history of the CAS/CACSA through charting a timeline of its gathered histories, which grew throughout the exhibition period, inviting others to share their recollections of CAS/CACSA’s history.

This exhibition was a curatorial commission and the final part of the CACSA@70 Project Series.